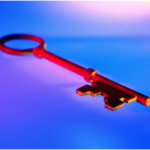 Around about the time I was wrapping up my tenure as CISO for Colonial Bank back in 2009, I was reflecting on the lessons learned from being part of a company whose corporate soul was ripe with criminal intent. From a historical perspective, Colonial Bank became the largest bank failure of 2009 because of a $2,900,000,000.00 (Yes, that’s in billions!) mortgage fraud perpetrated by executive management from Colonial Bank and executive management from Taylor, Bean & Whitaker.

As the Chief Information Security Officer, I was responsible for all things security including forensics and eDiscovery. That being a particular strong suit when the government’s request for discovery items they had been pursuing unsuccessfully for years, came to my inbox for processing. It didn’t take long for me and my team of forensic ninjas to discover where the “bodies” were buried and were they stacked up! In this case, a second set of accounting books.  I normally take pleasure in my occupation but that was one of those moments where you just feel sick inside because you know what the implications are. You are about to lose your job while doing your job!

I could have looked the other way. The investigators to-date had gotten nowhere and I could have certainly played ignorant, but that’s not in my nature. I could have followed my boss’ instructions and wallowed down into the mud with him and the other crooks but I refused. What is in my nature is when people behave like criminals; I treat them like criminals and work with law enforcement to hold these perpetrators accountable. The end result for these two companies is that they no longer exist and people were indicted and people went to jail. It’s an odd place when you do your job and then lose it because you did the right thing.

Getting back to the title of this post, I wrote that title down back in 2009 thinking that I should write another book about my executive experiences. At that time, it was my very first CISO position and I didn’t think that one singular experience would be enough fodder for my next epic tome. That was 2009 and now it’s nearly 2015. In my experience and through my extensive research since then, the sad reality I have come to discover is that a pretty solid 60% of companies are being poisoned by the unethical and the outright criminal actors leading portions or leading whole companies. So often they get away with it. Not often enough someone blows the whistle on these crooks. It’s a tough situation to take a stand but the reward is in the multitude of innocent people you protect.

I’m getting closer to finishing that book.